Since we’re moving soon to a new home, we’re in the process of selling all our old crap so we don’t have to move it.

Selling your stuff can be a frustrating experience because a lot of people will ping you and tell you they want your stuff and make you bring it in or save it for them or carve out time for them and then they go incommunicado and disappear. Even telling me that you’ve changed your mind wouldn’t be too bad, but a lot of folks just disappear or say they’re still interested but continue to make excuses for why they can’t pick up the item today.

Sometimes if things aren’t worth that much, it’s easier to just give them away and save yourself the time of having to deal with people. Today, two separate folks came by and bought the two 19″ CRT computer monitors that we were selling on CraigsList. It’s depressing to sell something for $20 that you bought for $600 a few years ago. Still, I consider myself somewhat lucky as friends have told me that they couldn’t even give theirs away. We are almost CRT-free. Our one remaining CRT is the 27″ television in the living room. We are hoping at some point to get an HDTV (another future post – TiVo, hurry up and release the HD TiVo!), though we will probably keep the 27″ TV and put it in the bedroom.

Anyway, the two CRT computer monitors are gone and we will now be using a single Samsung SyncMaster 204B 20.1″ LCD monitor, which we are very pleased with – nice sharp picture and very adjustable. I bought a Belkin USB/VGA KVM switch today at Central Computer, but haven’t had a chance to try it out yet. That undoubtedly will be a future post.

It took more than a few minutes to to get my Ubuntu Linux system configured exactly right for our new Samsung SyncMaster 204B monitor. 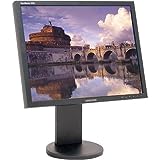 I tried doing sudo dpkg-reconfigure xserver-xorg a few times and it didn’t seem to quite get the right settings (it even hosed my machine twice to the point that I needed to reboot). It got the monitor into 1600×1200 but it kept trying to drive it at 65 Hz, which caused the monitor to display an annoying warning on the screen about the non-optimal mode. Eventually I coaxed it into working so I thought that I’d post the xorg.conf file for anyone who is interested. I think the trick was to comment out the 1600×1200@65 modeline and delete it from the list of available modes. Anyway, here’s the xorg.conf file.

All existing Joomla! users MUST UPGRADE to this version, due to several High Level vulnerabilities that affect ALL Previous versions of Joomla! For more info: http://joomla.org/content/view/1510/74

I don’t think I want programming advice from these guys, despite the fact that they can help with little-known languages like C+, C+++, Java ++, and Java +++.

Today we picked up a Samsung 204B 20.1″ LCD monitor and the Microsoft Wireless Laser Desktop keyboard and mouse at the local Best Buy. The monitor is quite nice in terms of picture quality and adjustability (you can adjust the height, tilt, and swivel, and rotate it to landscape mode). I set our Toshiba Satellite Windows XP laptop to use it at 1600×1200 @ 60 Hz and it looked nice but the icons and fonts were pretty small and that size. So then I turned on large fonts and large icons and it’s looking very good, except that the system tray icons all look really blocky. Just the system tray icons; the desktop icons look fine to me. Do system tray icons inherently use a smaller resolution? Is there some way for me to get Windows to use some higher resolution versions?

The keyboard and mouse seem pretty nice so far too. The interesting thing here is that it was a lot easier to set it up in Linux than with Windows. Yes, I said – that is was easier in Linux. In Linux, I just plugged it in and the basic keyboard and mouse functions worked just fine. Of course, I’d have to mess around with LinEAK and the like to get all the special keyboard buttons to work, but the basic keys work just fine with no software. Same with the mouse. Windows was a different story. I followed the instructions and put the CD in first and installed the software which prompted me to remove some other software which said might cause problems (Microsoft no like Logitech software; must destroy) and then time to reboot. After the reboot, it installed the software and then I could plug in the receiver. Then I was treated to an annoying sequence of I think about 8 different new devices being detected – some of them seemingly with the same name as others. I spent the next 5 minutes or so clicking through all the annoying dialogs with the old mouse, because the new mouse didn’t start working until I was up to maybe the 6th new device. It occurred to me that one of the things that I hate about Windows is how everything pops up in your face and annoys you. This is not even limited to Windows itself – it has become sort of part of the “Windows culture” for programs to insert themselves into your startup and bring up all kinds of splash screens and dialogs and crap. Linux applications are much more polite and the result is a more serene computing experience where you feel more in control.